This skateboarding toddler is gaining an international reputation for his skills after just a few months on the board.

Wyatt, only 22 months old, has been learning to skate alongside his three siblings at the Young Gun Skate School afterschool care programme in Auckland.

Instructor Simon Thorp said Wyatt “pretty much learnt to skate and walk at the same time”.

Wyatt has been building an international reputation through videos of his skills on the board.

The boisterous kid has already mastered some of the basics. “There’s five-year-old kids that can’t even do that.”

Wyatt began attending the skate sessions in a stroller and was soon “chasing skateboards everywhere”.

“It’s like he wants to learn how to skate, you can tell him to do something and he’ll try do it. He’s funny, he’ll just keep trying till he gets it.”

The videos of Wyatt’s antics have caught the attention of skateboarding enthusiasts around the world. Thorp estimated there had been some 5 million views all told.

Claims that Wyatt is the world’s top skateboard toddler are “nothing factual”.

“But he could well be, he probably is.”

The school doesn’t normally teach children as young as Wyatt. 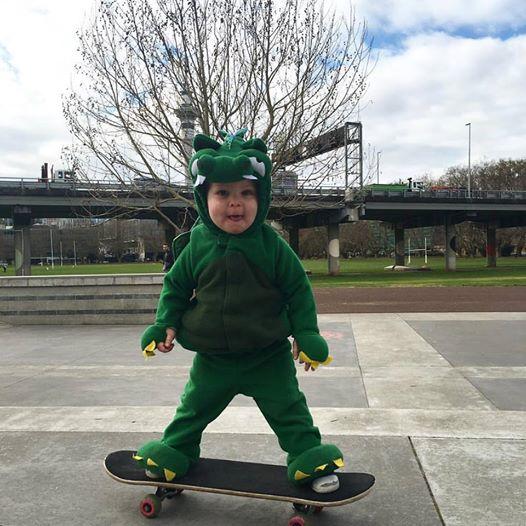 Thorp has been running Young Guns Skate School for the past six years, teaching some 80 children during lunch time lessons, three after school groups and a holiday program.
“It’s huge, skate parks are the new playgrounds.

“Basically we just teach kids skateboarding, and promoting safety responsibility, and respect, and having fun on the skateboard.”

Skating is a confidence building exercise for the children who learn, Thorp said.

“A lot of the kids pick up friends from it as well”¦ some kids go from being quite shy to being quite, you know, loud little things.”

If young Wyatt is anything to go by, it seems he is right.

“There’ll be more coming up soon too.” 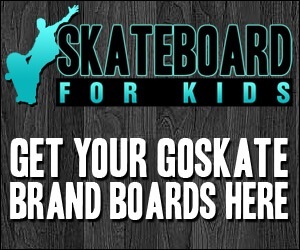