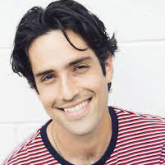 What do Neil deGrasse Tyson and Tony Hawk have in common? If you said they are both masters of physics, you would be right. But what if we also told you Neil deGrasse Tyson is one of the keynote speakers in an upcoming skateboarding documentary about the power of skateboarders to push the world forward?

What if we told you this documentary is winning awards all around the world in international film festivals and we’re one of the first skateboarding outlets to cover it? Let’s just say we hope you’re as excited as we are.

Here at GOSKATE, as life-long skateboarders and skate instructors, we’ve not only witnessed the incredible transformational powers of skateboarding but dedicated our lives to it. We know how skateboarding empowers individuals to be forces for positivity in their communities, its ability to create positive outlets for young people to connect and create safe and productive spaces for physical and creative expression.

We truly believe as skateboarding continues to grow worldwide, skateboarding has the power to change the world. To push the world forward in positive and empowering ways.

Humanity Stoked is a skateboarding documentary that is a testament to this simple yet profound truth. And because of that, we are humbled and privileged to share with you everything you need to know about the documentary – including its cast and upcoming show times.

Are you a fan of Tony Hawk or Tony Hawk’s Pro Skater? We also did a profile on the recent HBO Doc “Until the Wheels Fall Off,” you can read here.

What is Humanity Stoked?

The iconic cast are all respected leaders in skateboarding and give their unique perspectives and insights on being humans who skateboard, documenting their perspectives on issues that affect humanity’s ability to move forward.

Through their own unique backgrounds and shared love for skateboarding, the conversations in the film focuses on understanding fear, depression, addiction, education, activism, philanthropy, racism, sexism, homophobia, and the environment.

The film’s purpose, according to their website, is to inspire deeper thinking, more empathetic perspectives and open conversations about human issues.

Many of the skateboarders in the film have appeared in the Olympics, X Games, Tony Hawk’s Pro Skater video game, Thrasher Magazine, Transworld Skateboarding and skate for companies like Nike and Vans. Some of the skaters were the original DogTown and Z Boys, like Peggy Oki and Tony Alva.

As you will read in this article, the film also features a host of skate industry professionals, artists, and community leaders.

Filmmaker and Director Michael Ien Cohen has created Humanity Stoked as a certified nonprofit, producing the film with an incredible amount of volunteer work and activist support.

However, what might be most impressive, beyond the sure case of gathering stories and insights from skateboarding’s most iconic professional skateboarders, is the amount of awards Humanity Stoked is winning via film festivals.

Who Are the Cast of Humanity Stoked?

Bob Burnquist – The all time most winning X Games skateboarder, famous for his mega ramp and Brazilian roots.

Lizzie Armanto – Professional skateboarder famous for being the only female skater to have done the loop, rides for Vans and skates vert.

Paul Rodriguez – Professional street skateboarder, multiple X Games winner and one of the most prominent skaters on the skateboarding scene.

Nyjah Huston – Most winning professional skater (in terms of prize money) and all combined skate contests. Rumor has it Nyjah is currently working on his own skateboarding documentary.

Vanessa Torres – One of the most iconic women skaters to ever stay on board, Vanessa has been an inspiration for decades for women’s skateboarding and shares her story in the skateboarding documentary.

Chad Muska – One of the most iconic pro skaters of all time and documentary feature for Humanity Stoked. A legend in street skateboarding, Chad Muska will make this new documentary especially insightful.

Shepard Fairey – World renown street artist and skateboarder, Shepard Fairey provides a unique and authentic insight for the new documentary. As an activist and entrepreneur, Shepard has often sighted his skate roots for his mindset and approach.

Chris Cole – Former X Games gold medalist and pro skater, Chris Cole has undergone a profound transformation as a person and a skater.

Brian Anderson – One of the most prominent figures in the LGBTQ skate community, Brian Anderson offers his unique story of being one of the first openly gay pro skaters for the new documentary. Brian has also been very vocal in his support for the documentary and even went to several premieres, including a Q&A in New York.

Tyshawn Jones – Former Thrasher Magazine skater of the year, Tyshawn Jones is one of the best pro skaters of color in today’s skateboarding scene. Incredible power, style and trick selection, we can expect his perspective to be as palpable as his skateboarding.

Tony Alva – One of the original skateboarding team members of the DogTown and Z Boys, Tony Alva is synonymous with skateboarding history. Arguably, no one has witnessed skateboarding evolve more than Tony Alva, we can’t wait to see his conversations in the new documentary.

Peggy Oki – One of the most iconic skaters in women’s skateboarding, Peggy Oki is famous for her being a team member of the DogTown and Z Boys. Guess they weren’t all Z Boys.

Bam Margera – Bam Margera is one of the most famous people, let alone skateboarders, on the planet. If you know anything about Bam, you know he has lived an incredible life, both rewarding and challenging. His perspective will be insurmountable.

Ray Barbee – Ray Barbee is one of the most influential pro skaters of all time. Now a musician and artist for several companies, Ray as a skater of color lends his fights against racism and Black representation in skateboarding.

Tommy Guerrero – A Hall of Fame professional skateboarder, Tommy Guerrero is often credited for having the first street part of all time. A true pioneer and original Bones Brigade member, when Tommy speaks, the skate world listens.

Andrew Huberman, Ph.D – Andrew Hubername Ph.D is a name that has exploded over the past few years as one of the leading neuroscientists and speakers. What a lot of his listeners don’t know is that Andrew grew up skateboarding in San Francisco and credits much of his success from the family skateboarding gave him.

Yulin Oliver – Yulin is truly an incredible woman in the skateboarding industry. Founder and CEO of Yunecis Agency, Yulin Olliver represents some of the top female athletes in the world. Former X Games, Fuel TV and Fox Sports executive, Yulin is an expert on what it means to be a skateboarder in a growing media landscape.

For a complete list of the cast and crew visit here