Today’s era is one of kids landing 900’s, outperforming pros, and turning heads of veteran skaters. Go Skate has searched YouTube, Vimeo, and Facebook to come up with the top five kids under ten years old. Each has had a video go viral. We ranked the kids in order of how viral their footage is.

We have posted their viral video, headshot, and bio below:

Son of a skateboarder, Brady Miller, who helps document this 9 year-old rippers progress. His sponsors are Hosoi Skateboards, MATIX Clothing, Immortal Laces, BULT Helmets and Ride Four Ever. We posted Lawsen’s video on our Facebook channel, and it quickly went viral with thousands of shares and comments.

Like most of the skateboarders on this list, Lawsen, had the help and encouragement of his parents along the way.

780,000+ Views
Gonzalo started skateboarding when he was just three years old. Since posting some of his tricks on YouTube, Gonzalo has become an internet sensation with hundreds of thousands of views. Many people remark how big his board is compared to his height. Gonzalo says, “I tried a mini board, but I wasn’t comfortable with it.”

His Mom is a huge supporter of his skateboarding. In fact, she often goes to skate spots with him and sends his videos out to companies online.

Oceans been skating since he could walk, always trying to imitate his six year-old sister, SKY, who also skates. His parents are constantly telling him to slow down, but he just loves to skate fast around or down anywhere super fast and loves jumpin off of stuff.. There’s not much holding him back. He trys to imitate anything that his sister does. Quite often he surprises his parents.

5,000,000+ views
Skateboarding must be in the blood, because Ocean and Sky are brother and sister. In fact, Sky (age 6) even helped teach her younger brother Ocean how to skate. It is helpful that their Dad, Stu, is also a skater and surfer. He has helped film, edit, and promote these child prodigies. Sky is shredding like a boss at just 6 years old, She also surfs (GOOD too). Sky attended AWSM, an English Preschool, and Skatepark, Action Park “The Shred Center” based in Miyazaki City, Japan. I wish I attended a preschool with a skatepark!

She used to force her Dad to take her to the skatepark. She loves watching skating on YouTube especially womens like Alana Smith, Letticia Bufoni, and Bryce Wetstien. She prefers watching skating to cartoons! She constantly questions her Dad about skate tricks! She has become and huge hit on social media with millions of accumulated views! 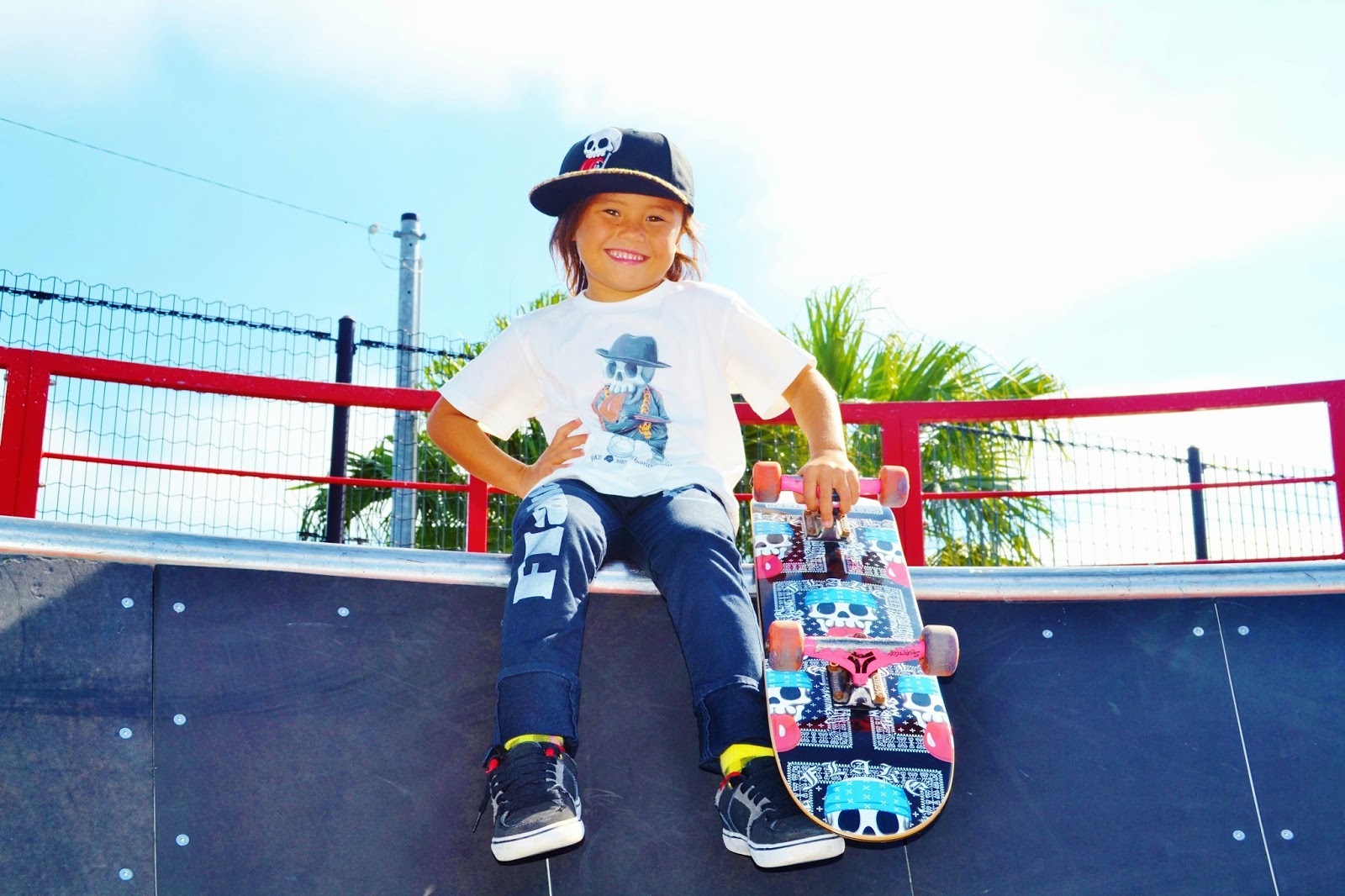 Kahlei is probably one of the world’s youngest skateboarders. His trademark diaper footage may be sure to land him a sponsorship by Pampers. The toddler prodigy has been skateboarding since since he was six months old and comes from the family of skate enthusiasts who compete around the country as a team. A video of Kahlei’s skateboarding skills has gone viral on Facebook with nearly ten million views.

Glow in the Dark Skateboard Park is a Real Thing!

Go Skate is one of the largest skateboard schools in the country with 5,000+ certified trainers throughout the United States. 1-on-1 lessons are offered at over 2,600 public skate parks or in any private driveway. GoSkate gift cards have been seen in CVS, Walgreens, and Sams Club. Beginner and advanced lessons are offered.